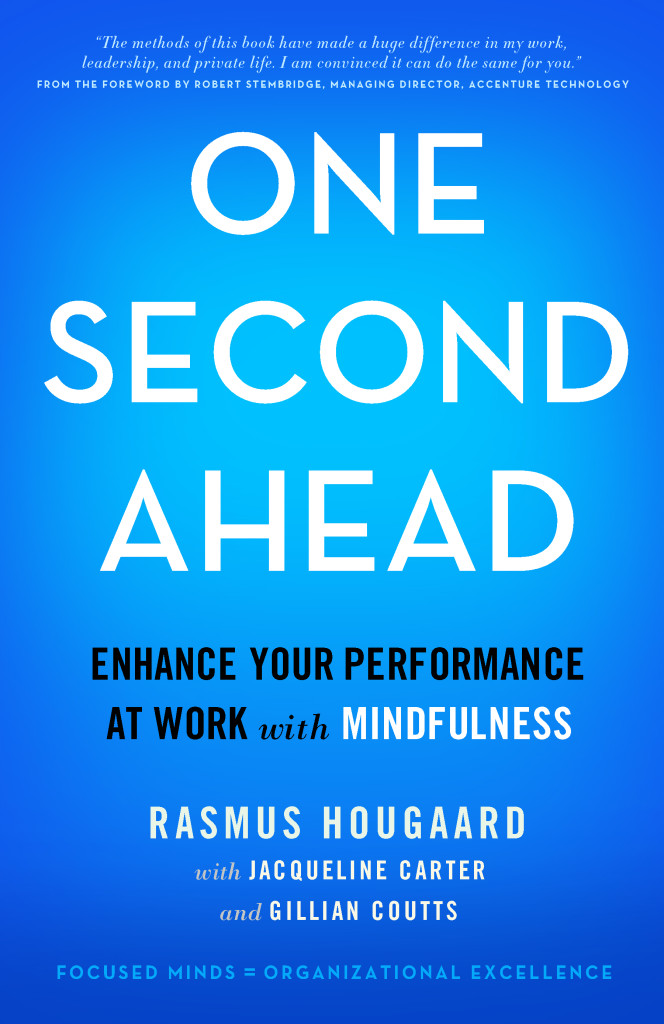 Business is about results. Results come from our actions. Our actions come from the choices we make. And our choices come from the thoughts we think.  Thus, our thoughts are the foundation of business results. And mind states of focus, clarity and calm are crucial for having the best thoughts and thereby deliver business success.

So let me ask you; how clear, calm and focused is your mind?

According to science, these days our minds are involuntarily wandering half of our waking hours[i].  Why? Because for decades, at work, our attention has been under siege.  I call it the P A I D reality; we are under constant pressure, always on, information overloaded and working in highly distracted environments. I have observed these four tendencies in organizations in North America, Europe, Asia and Australia.

Actually, as a result of the P A I D reality you may not have the attentional capacity to finish this blog before your mind has wandered off to emails, text messages, or thoughts about what you will do next.

Work life has changed radically over the past few decades. We used to have working conditions where our attention could easier focus on the task at hand. But we are now experiencing distractions and information overload all the time. Our cell phones, tablets, emails, office communicator, etc. place constant demands on our attention. According to former director of Accenture Institute of Strategic Change, Tom Davenport: “Understanding and managing attention is now the single most important determinant of business success”.

Nowadays, due to the P A I D reality, we are gradually losing our ability to manage our attention. It has been clearly documented by researchers like Edward Hallowell[ii] who sums up his research in the HBR article Overloaded circuits: Why smart people underperform: “Modern office life and an increasingly common condition called attention deficit trait, are turning steady executives into frenzied underachievers”.

But exactly why do we develop Attention Deficit Trait? Because our brain has a problematic way of coping with the relentless stream of information and distractions; it tries to deal with it all at the same time. It makes us multitask. And according to scientists, multitasking is the mother of underperformance. As summed up in the McKinsey Quarterly article[iii] Recovering from Information Overload by Derek Dean and Caroline Webb: “Multitasking is a terrible coping mechanism. A body of scientific evidence demonstrates fairly conclusively that multitasking makes human beings less productive, less creative, and less able to make good decisions. If we want to be effective, we need to stop”.

So what can be done? Are we bound to give in to the P A I D reality and its multitasking and attention deficit trait? Are we bound to have minds that are unclear, hectic and out of focus? The answer is no.  We all have the potential to deliver our best results, by having minds that are highly focused, very clear and calm even in the midst of hectic busyness. And I know, because I have seen these mind states developed in thousands of busy people around the word.  The answer is training the mind.

Let me end by sharing the story of Jacob. Jacob is a VP in a European finance corporation and a good example of what mindfulness can do to help us achieve results. Jacob was suffering from the P A I D reality. He found himself constantly multitasking to cope with the endless stream of tasks, information and distractions. He told me that he felt he had been on autopilot for years. When an email came in, he would react automatically and the same reactivity pattern dictated his leadership and even private life.  There was little focus, clarity and calm in his mind, and hence not the desired results in business or at home. So he decided to join a corporate mind training program.

After three months of training ten minutes a day, I asked him what he had got out of the program. He responded “I got one second”. At first his response surprised me. He had spent three months training and only got one second in return? But his further explanation made tremendous sense to me. Jacob explained that he had achieved one second of freedom in his mind to consciously choose the appropriate response to any input, rather than reacting on autopilot. He had gotten one second ahead of his surroundings and his own thoughts by being able to see things with a more focused, calm and clear mind. By better managing his thoughts, he was able to make better choices, conduct the right actions, and thereby achieve more desirable results.

Business is about results. Mindfulness is a way to regain control of our attention to be able to deliver those results. In a P A I D reality, an ancient eastern tradition may turn out to be the key differentiator between business success and failure.

And talking about attention, did you manage to read to the end of this article?

The post One Second Ahead –Mindfulness as a Driver For Business Results appeared first on Potential Project.

One Second Ahead –Mindfulness as a Driver For Business Results